Can a Commercial Aquaponics Greenhouse Be Profitable? 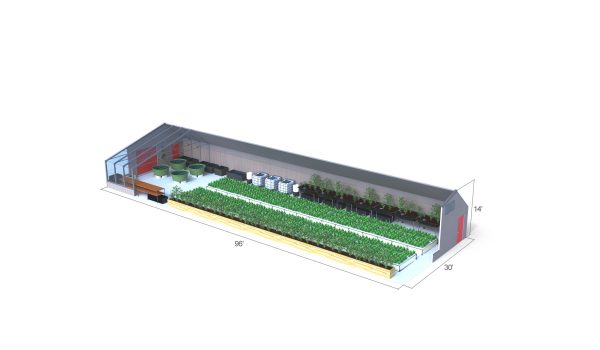 Can a Commercial Aquaponics Greenhouse Be Profitable?

This is a common question that circulates in forums, and for good reason. Aquaponics is a more environmentally sustainable method of growing than conventional agriculture, but if it’s not financially sustainable as well, it is not a viable venture for most growers. Before we evaluate data on this question, two caveats. First, growers’ expected financial returns vary greatly. Some operations are non-profits, just trying to break even. Others want to be large-scale agricultural businesses with significant returns. As a first step, it’s important to identify your goals when evaluating profitability. We explain this more in Planning a Commercial Aquaponics Greenhouse.

Most growers understand this intuitive point. Rather than asking about a specific operation, they want to know about the industry overall. Is commercial aquaponics a safe industry to go into? Are other aquaponics greenhouses profitable, and what do those businesses look like? 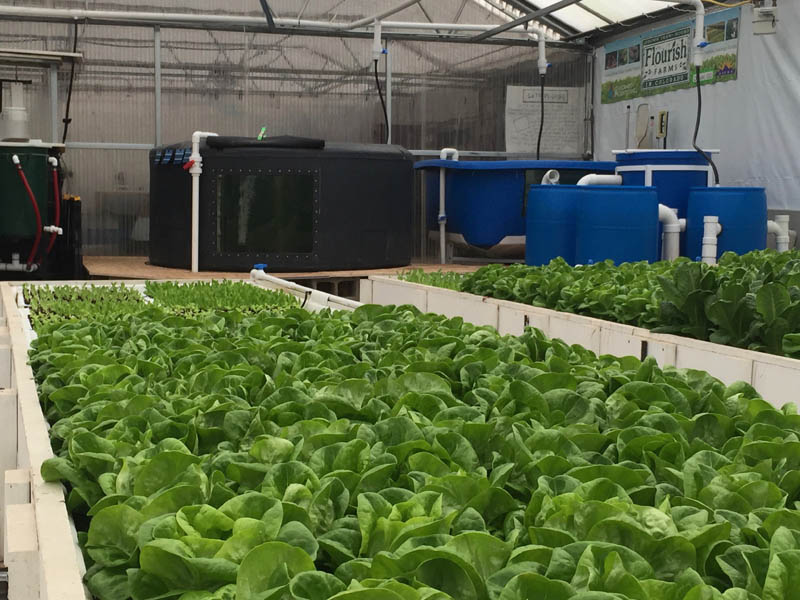 In regards to these questions, a 2014 study from Johns Hopkins University can shed some light. The study surveyed 257 commercial aquaponics growers, most located in the US. It tallied many metrics about their operation and some metrics on financial success. Some key findings:

The takeaways above shed some light on whether commercial aquaponics industry in the US is profitable overall. With only about 1/3 of growers stating that their operation is profitable, it’s clear that commercial aquaponics is not an assuredly profitable industry. However, it’s important to put this number in context. Most operations are still in the start-up phase, with an average time in business of about 4 years at the time of the study. Furthermore, the study did not ask about growers’ intention/goals. One can deduce from the majority of growers who do not make aquaponics their primary profession that the survey includes some commercial growers who probably don’t need or want to make significant profits. Profitability statistics would likely change if it evaluated only those who made a living from their commercial aquaponics greenhouse.

It’s also important to note there are many things a grower can do to increase the chances of success. The Johns Hopkins Study noted that several traits related to profitability:

The study notes that a commercial aquaponics operation was more likely to be profitable if it sold other products and services in addition to plants and fish. The study did not specify these auxiliary services, but examples likely include other agricultural products or services like consulting and courses.

The study confirms a fairly obvious idea that growers who have a strong knowledge of aquaponics are more likely to be profitable. For this reason, we often recommend growers start out with an introductory business planning and/or growing course in commercial aquaponics, like the 4-day Flourish Farm Aquaponics Course hosted by The Aquaponic Source. There is also a great deal of free or low-cost resources you can take advantage of, listed here.

In one SARE case study, the authors concluded that any producers interested in commercial aquaponics should start with a small system before expanding to a large-scale commercial operation. Also, producers should perform a thorough cash-flow analysis before breaking ground in order to avoid financial devastation. Successful aquaponic operations often have emergency funds to fall back on when unforeseeable events negatively affect production. Taking at least one course or seeking extensive aquaponic training is advised before exerting all your production efforts into this system.

On one aquaponics forum, the owner of the first USDA organic-certified profitable commercial aquaponics farm had these important things to say to farmers wanting to start their own profitable aquaponics operation:

*We recommend consulting with our partners at The Aquaponics Source for information on tried and true aquaponics technology.

We also feature examples of successful commercial aquaponics greenhouses in our book The Year-Round Solar Greenhouse.

The Johns Hopkins study is one early study in this emerging and rapidly growing industry. The USDA added aquaponics to its census of aquaculture starting in 2013, only 4 years ago. Thus, though the study sheds some light on the current industry and its commercial success, most operations are still in the start-up phase, and thus the clearest take-away is that is largely still too early to tell whether, or how, a commercial aquaponics greenhouse can be profitable.