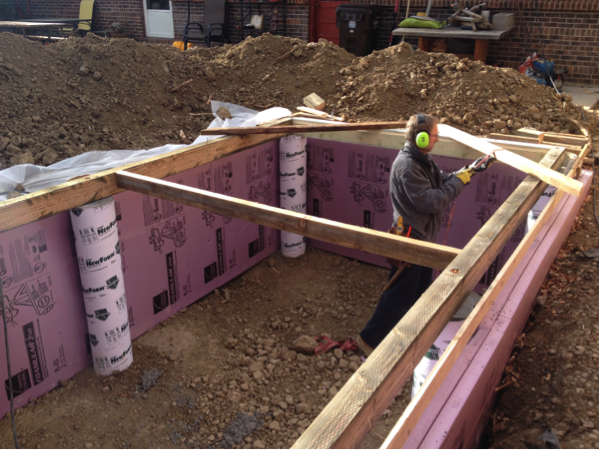 Insulating the soil underneath your greenhouse is an essential (and easy) step for energy-efficient year-round growing. Here’s the basics.

Often when building an energy-efficient greenhouse, people think about solar greenhouse design with the right orientation and enough thermal mass. But they don’t realize that there is a whole lot going on underneath our feet. The soil underground, if properly insulated, can act like a huge battery for the greenhouse, storing thermal energy and stabilizing indoor temperatures. The greenhouse becomes a part of a much larger system, like the tip of an iceberg… we see what’s going on above ground, but it’s connected to a huge mass that influences its environment.

There are 2 reasons why an energy-efficient greenhouse needs underground insulation.

We all know heat loss can occur through a building’s walls and roof, but it can also occur through the floor, accounting for about 15% of an average home’s total heat loss. This is because the ground, if left un-insulated, freezes in the winter just like the air does. While important for homes, preventing this heat loss is even more imperative for greenhouses because the soil underground holds the plants’ roots (if growing directly in the soil or raised beds). Roots, and thus the plants, will greatly benefit from warm year-round soil. 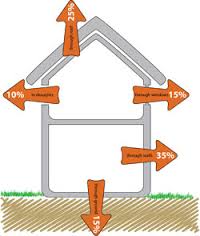 By preventing heat loss to the surrounding topsoil, the soil underneath the greenhouse can now trap and store heat, creating a pocket of warmer soil underground. Soil is a source of thermal mass. Like water, stone, and concrete, it stores thermal energy (heat) and slowly releases it later. Insulating underground connects the greenhouse to this huge store of thermal mass. And this mass creates a warmer, more stable year-round growing environment.

Note we do not insulate the bottom of this pocket of soil, but rather leave it connected to the earth deep underground. Why? Because the soil deep underground (below the frost line) is already a stable year-round temperature due to geothermal activity. Neither do we insulate the floor – this should be left un-insulated so the greenhouse so it can absorb heat from the greenhouse. You want heat exchange to occur between the greenhouse environment and the thermal mass of the soil. 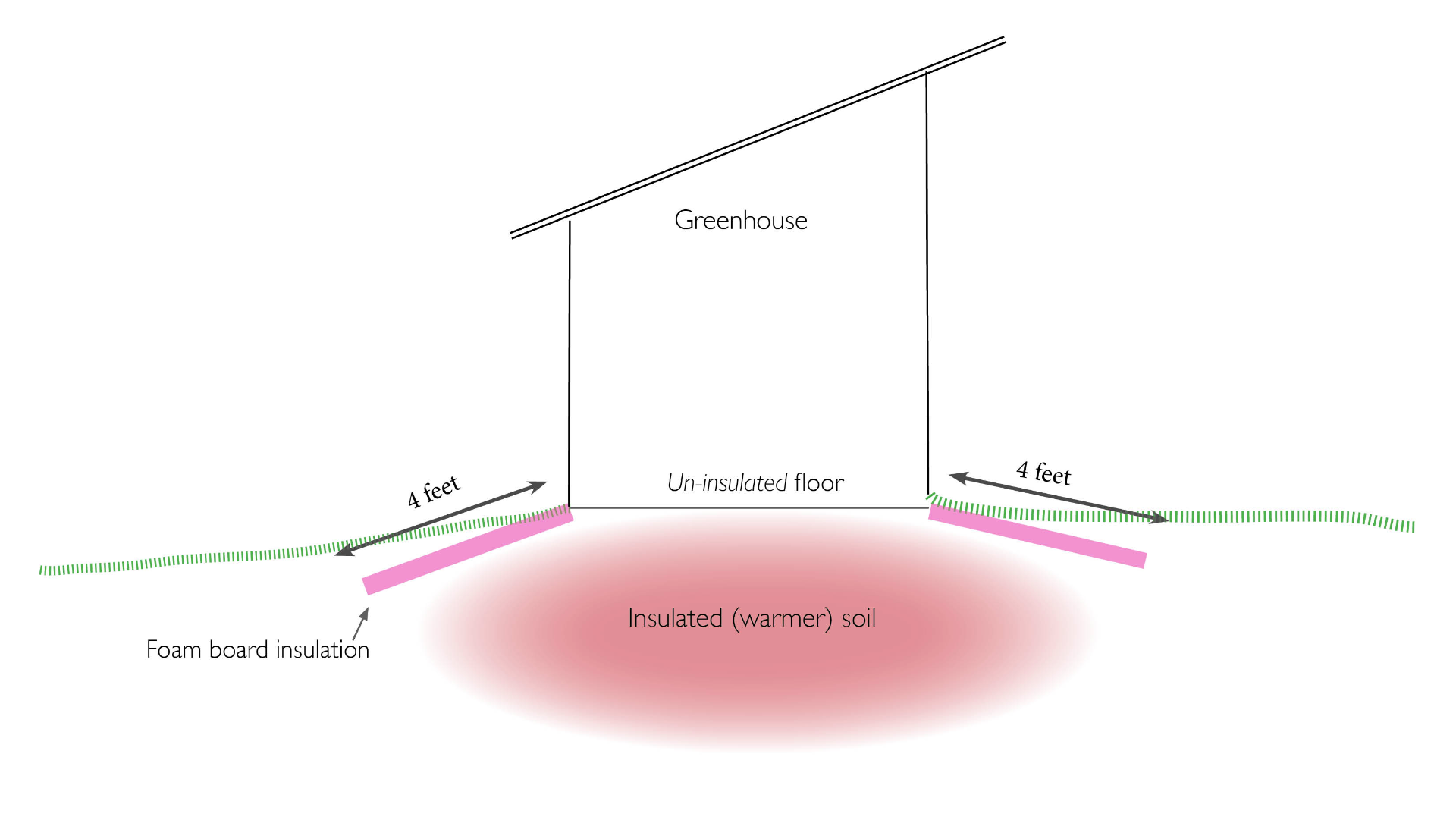 At Ceres, we go one step further and actively heat the soil using a Ground to Air Heat Transfer (GAHT) system. This uses an airflow system to actively draw hot air from the greenhouse underground, so the greenhouse can store more heat in the soil. But even without a GAHT system, insulating underground around the foundation of the greenhouse is an essential measure in building an energy-efficient greenhouse. It helps you extend your growing season even deeper into the winter without having to add extra heat.

How to Install Insulation Underground

There are two primary methods we install insulation around the perimeter of the greenhouse – vertically or horizontally. Which method you use depends on which foundation type you are using.

If you have excavated either for a GAHT system or for a full foundation wall, you can just slip 4” (2 layers) of closed cell, rigid insulation 4’ down into the earth, so that the top edge is flush with the top of the foundation (shown below). 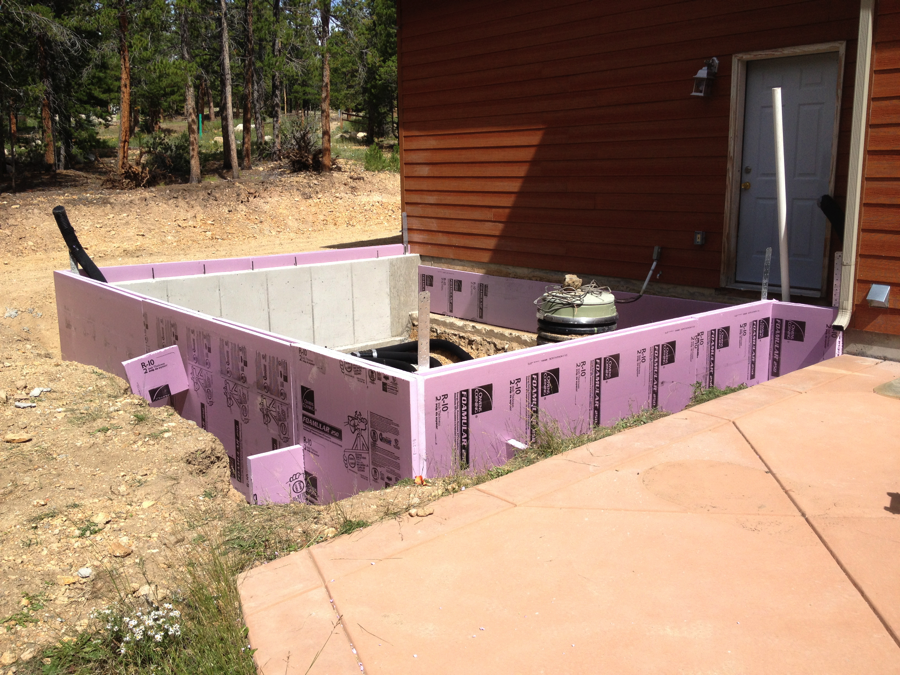 You have now isolated the soil under the greenhouse from the soil outside, keeping the heat entirely within the footprint of the greenhouse.  Remember, don’t insulate the bottom of your excavated pit.  The earth has a steadier and warmer temperature 4’ deep, and we want your soil to be able to drain properly.

Also known as the “Swedish Skirt”, this method can be used with a slab on grade, with piers if you auger the holes, or if you decide to use no foundation at all.  The idea with the Swedish Skirt is that you lay rigid foam board horizontal starting at the base of the greenhouse, and extending 4’ away from the greenhouse.  This insulation needs to slope gently away from the greenhouse for drainage, which will require some minimal digging or raking.  It’s also best to cover this foam with gravel or soil, as direct UV rays will damage the insulation.  Like the vertical insulation, this system also prevents frozen soil from creeping under the greenhouse, while keeping the warm soil where you want it, directly under your greenhouse.

As always, if wondering how this applies to your solar greenhouse, or you are thinking about installing an insulated foundation, contact us for more tips and advice. 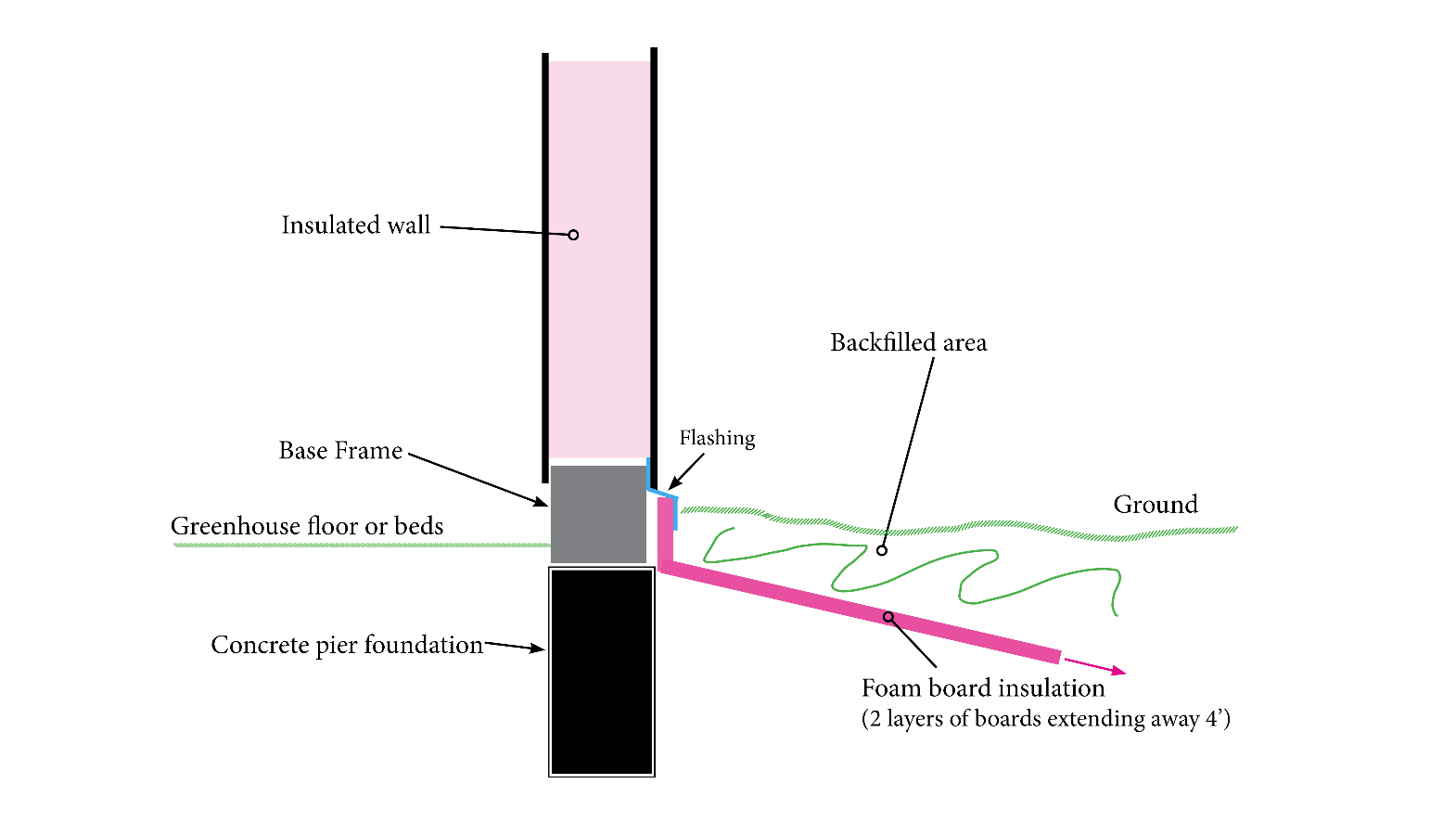 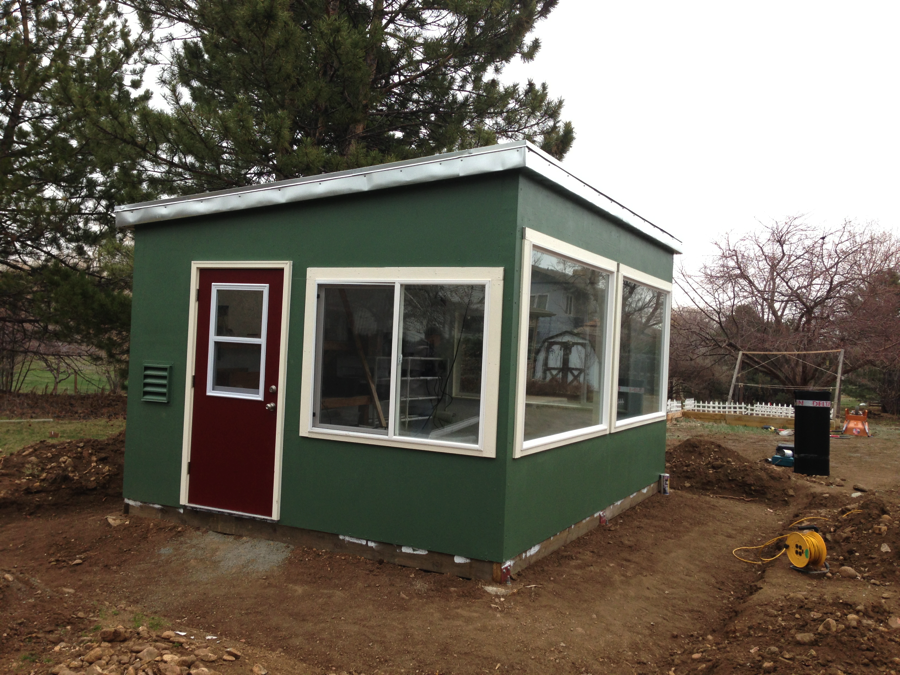 Above: excavated area before insulation is installed around the perimeter of a solar greenhouse.

Choosing the Right Angle for Your Greenhouse Roof 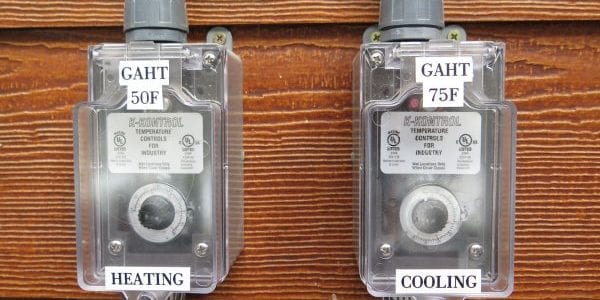 Setting Controls in a GAHT System or Climate Battery

The 5 Ws of Planning a Smart Greenhouse

The Strongest Greenhouse in all of Alberta